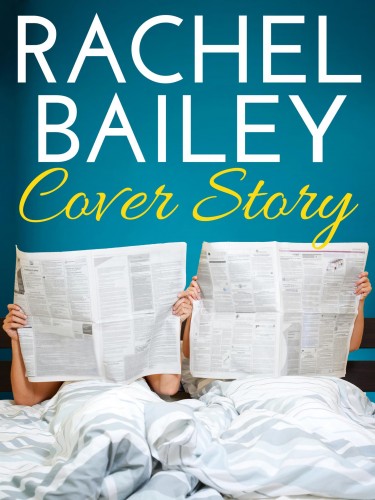 I couldn’t believe it had come to this. A degree in journalism and eight years of hard work and I still wasn’t being taken seriously.

With all the professional demeanor I could muster, I stuck out my hand. “Mr. Hanson, I’m Tobi Fletcher from the Santa Fe Daily. I’m here about the . . . the . . .” Nope, I couldn’t say it.

The corner of his mouth quirked as he shook my hand. “Please, call me Simon. You’re here about the . . .?”

He knew exactly why I was in his office—he’d emailed the paper about it, for goodness’ sake. He was just enjoying seeing me squirm. I narrowed my eyes, hoping he could see the steel behind them.

“I’m here about your email.”

He dropped my hand and indicated two chairs in the corner of his architectural firm’s plush downtown office. “Ah, about the gnomicides.”

I tried to hide my wince as he said the word. “Could you tell me about the . . . incidents?” I took out my notebook and pencil—may as well get the information down now I was there; it wasn’t as if I had anything better to do. Not like Sofia.

Until an hour ago, we’d been working together on the biggest story New Mexico had seen in years: a monster-sized scandal in a state senator’s office. That story was going to make us.

Correction, it would make Sofia, while I was officially filing the story of the wanton murder of garden gnomes. I made a silent prayer that Kevin, my editor, tripped on his shoelaces. He’d said something about needing to increase our human interest content as he assigned me this so-called story, but it would hardly Make a Difference, the way the political scandal would. Unfortunately, Kevin didn’t believe the credibility of our source in the senator’s office and saw the smashing of six inches of painted plaster as a priority.

“Well, there were three.”

What? Oh, the gnomes. At the top of the page, I wrote the number three. “All in your garden?” I feigned respectful interest, something I’d perfected over the years.

“No. One in my garden and two in my father-in-law’s garden, two doors down.”

“You live two doors down from your father-in-law?” Now there was an angle—it was probably a family dispute.

I smiled in a way I’d used on countless interviewees to gain their trust and release their secrets. “How long have you lived together?”

He regarded me with a raised eyebrow. “Who? The gnomes and me?”

A slow smile spread across his face. “Not interested in the gnomes, Ms. Fletcher?”

Anxiety fluttered down into my stomach. I didn’t like it when people saw through me. Not that it happened often, but when it did, it was a sign of impending trouble. Luckily Simon Hanson was no match for me.

“Of course I am. I’m looking into all possibilities. As I’m sure you’re aware, in any murder case, family members are always the first suspects.”

He was holding back a smile—I could see it dancing in his eyes. “I’m glad to see you’re taking this seriously, but if I had murdered the gnomes, I’d hardly want to report it to you or the police. And my father-in-law is housebound, so he isn’t the culprit either.”

“You’ve told the police?” I found that a little hard to believe. “What did they say?”

He rubbed a finger along the side of his shoe as it rested on his opposite knee. “They laughed. Which is why I came to your paper.”

Hmm. My sympathies were firmly with the police, but my editor was expecting a story. “And why did you come to my paper, Simon? Why are you so worried about garden ornaments?”

He leaned over, picked up a framed photo from his desk and passed it to me. It was of a small girl with a very short blond bob, huge eyes and a cheeky smile. “My daughter, Anna. She’s been pretty upset over the situation and she wanted us to call the police. I thought it would be a good lesson for her in how to handle emergencies.”

Emergencies? Was he serious? For gnomes? I rubbed my temples, sure I could feel a migraine coming on. “What did you expect the police to say?”

He frowned as if I’d hit a nerve. “I expected them to at least treat it as a case of vandalism or destruction of property.”

“So why call it a gnomicide? That’s hardly going to encourage people to take it seriously.”

I glanced again at the kid in the picture then passed it back. “You expect me to believe that a five-year-old—”

“Four-year-old.” He stood the photo on the edge of his desk, facing us.

“—that a four-year-old came up with a word like ‘gnomicide?’”

“No, my mother did. She and Anna found them smashed.”

I barely restrained myself from sighing, but still managed a polite tone. “Don’t tell me—she lives next door too.”

The grin returned. “No, she lives with us.”

Had this guy heard the word “enmeshment?” “You, your wife and your daughter live with your mother, two doors down from your father-in-law?”

The grin disappeared for a second and I glimpsed sadness lurking in his eyes before he covered it. “Close—my wife died a few years ago, but the rest is right.”

I felt a slight tug at my heart at the unexpected insight into his emotions, but I dismissed it. Nothing good ever came from allowing emotions to surface—other people’s or my own. I shook my head and tried to focus on the story. Gnomes. Hmm.

“So, um, Simon, what are you hoping to achieve with an article in the paper?”

“Partly, I want the publicity to make people in the area more vigilant, and partly I want Anna to know she’s not powerless when bad things happen. She was devastated when they discovered the gnomes and then again when the police laughed.”

Oh, laughing at a little girl’s dead gnomes probably was bad. “That was very inconsiderate of them.” I shifted in my seat, glad I hadn’t gone as far as that.

His eyelids lowered a little, his eyes not quite narrowing—no, it was too relaxed an expression for that—but I had the uncomfortable feeling he was looking straight through me again. “That’s why I wanted you to meet me here, without Anna. I couldn’t risk exposing her to more ridicule.”

I gave him my best non-ridiculing expression—or was that ridiculous? The whole thing was ridiculous, but I remained professional.

He lifted one green cotton-clad shoulder then dropped it again, in a suave gesture not many men could have pulled off. “I don’t think it was anyone in our street—they’re all good people. Probably kids out looking for fun.”

“I don’t suppose you have any photos of the . . . crime scene?” Not that I could see a photo of a suburban front yard scattered with pieces of smashed plaster making the front page, but I had a job to do.

“No, sorry. But there are other gnomes left, maybe you could take a photo of them for the story?”

I rested the point of my pencil on my notepad and slowly lifted my gaze to his. “Just how many gnomes do you have?”

“They’re not mine. They’re communal gnomes.”

Oh, this kept getting better and better. “And do the communal gnomes have a home of their own? Or are they street gnomes?”

Was he winding me up? What did it matter—just get the story and get out. “Whose garden are they in?”

“They move every day.”

“The residents move them around every day.” His face was still deadpan but he was doing that damn dancing eyes thing again.

He glanced at the snapshot of his kid and a tender kind of adoration settled over his features. “It’s part of our street tradition, like farolitos at Christmas time. The kids love it and having something in common helps us all get along.”

“Oookay. I think I have enough here.” I tucked my notebook back into my bag and slowly got up, making no sudden moves to scare the crazy man. “I’ll give you a call if I need anything else.”

He stood as well and for a moment our gazes connected. I could have sworn there was something strange in the air—I don’t know, maybe the temperature changed or there wasn’t enough oxygen. Whatever it was, I didn’t like it; I broke the contact and turned to the door.

“You are going to run the story, aren’t you?” he said softly behind me.

Oh, yeah. Probably with the headline, “Psycho Santa Fe Street.” “It’s up to my editor, but it should run in the next few days. Thanks for your time.”

“And thank you for treating this story with professionalism.”

As I turned to leave, I noticed his wry grin but chose to ignore it.