I’ve been a little quiet on the book front because I’m in the middle of completing a PhD in English. My research sits at the intersection of popular romance studies, narratology and literary animal studies. Fun, right? So fun. Seriously, just between you and me, I’m having a ball. Sure, it’s a lot of work, but for a writer who always wants to get to the heart of things, to look under the hood, it’s exhilarating.

At the end of the PhD, I’ll be back to writing books (there might be a couple of book contracts waiting for me… sorry, my favourite editors!), but for now I’m reveling in the academic life. In the meantime, if you want to catch me, I hang out on a few of the socials, but mainly Facebook. Plus, I’ll be at the RWAust conference in August. Say hello if you see me! 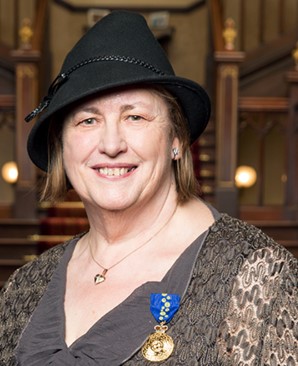 Over the weekend, the romance community lost a legend, and the world lost a beautiful light. Valerie Parv was my friend, but that seems like such a narrow label. I won the Valerie Parv Award back in 2005, and the prize was a year of mentoring from Valerie herself. At the time I was unpublished, and Valerie was something of a goddess, and it was hard not to be starstruck. But through that mentoring, and joining the ranks of her “minions” (past VPA winners), we became friends. She offered unwavering support and generous advice (she was the person who provided a personal referee report when I applied to do a PhD).

She was a prolific and respected author (her books sold 34 million copies!), and her achievements led to her being made a Member of the Order of Australia (AM), and for the State Library of NSW to collect her papers (manuscripts, drafts of manuscripts, other papers). She completed a Master of Arts with a fascinating thesis (and we’d discussed her one day possibly going on to a PhD). Put all of that together and her career was stellar.

On a personal level Valerie was so much fun to be around—she was always smiling and laughing. And kind. She was ridiculously kind. I can’t even convey the depth of her devotion to the love of her life, Paul. When he died after a long illness, many of us worried about her, but she soon reassembled her life and her resilience shone through, even with that piece of her heart always missing.

She was obsessed with Star Trek, Captain Kirk, science fiction, and space research. She had a terrible phobia of balloons, and tried her best to avoid being in a room with one. She had an mischievous sense of humour—once, when she came to stay, she gifted Mr Bailey with a large mug with a row of naked bottoms. He made gravy for our dinner last night in that mug as a salute to her.

Probably the thing I will remember most about Valerie is her utter belief in me, which is is an amazing thing to have had, and I’ll try to live up to her idea of what I could do. Yet that wasn’t something unique to our relationship—she believed in so, so many people, and was a natural cheerleader and mother hen, as the other minions, the members of her bat cave, her Canberra girls, her long-time agent Linda, her fellow Harlequin authors, and many RWA members know. She was generous with her encouragement and loyal in her friendships.

I last spoke to Valerie a couple of weeks ago, and, predictably, she was kind and lovely and supportive. To be honest, I’m still reeling. I can’t quite fathom that she’s gone, or that I won’t see her when the romance world gathers again post-Covid (hopefully in August). Instead, she’ll be flying high among her beloved stars, holding the hand of Paul, the love of her life. And I know she’ll be smiling.

This August I’ll be heading to the Gold Coast for the annual Romance Writers of Australia conference. Three days of workshops, panels, chatting over drinks, networking, pitching, and fun. Can’t wait! And even better, I’ll be running this masterclass:

Stories are made up of little narrative units: scenes. This masterclass will focus on the elements used to construct a crunchy scene—one which moves the plot forward, reveals character, engages the reader, and pushes the story into the next scene. Concepts covered will include: scene protagonists, scene purpose, scene structure, scene conflict, and scene beats. Bring along 2-3 of your own scenes (on paper or device) to work on them in the class!