At The Billionaire’s Beck & Call? is the first book in the Bramson Brothers. In order: 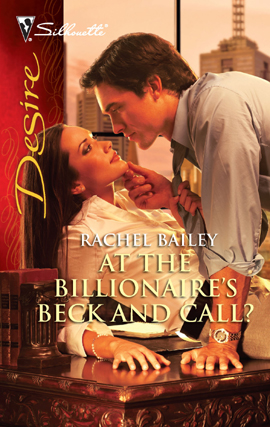 In a merger tailor-made for the tabloids, tycoon Ryder Bramson sought Macy Ashley’s hand in marriage. But his true goal was to buy her father’s company—and thereby wrest control of his own conglomerate from his illegitimate brothers. To ensnare Macy in his web of intrigue, Ryder first offered the beautiful businesswoman a job in his start-up. Yet slipping the ring on her finger proved more difficult.

Being a brash billionaire’s corporate pawn wasn’t independent-minded Macy’s style. On the other hand, being the focus of this irresistible man’s passion just might win her over to his scheme….